Swell and a Northerly Wind at Little Henty Reef

A couple of bars of slide guitar

My gracefully ageing Martin 000-28H lives on its stand in my lounge room on permanent standby for my regular short performances to an empty room. Sometimes the performance lasts less than 30 seconds, sometimes slightly longer.

The Aire River is only about 40kms in length. It flows from its point of origin in the Otway Ranges, south east of Beech Forest, through the Great Otway National Park (in which it flows over the Hopetoun Falls). It then winds down through the foothills of the Otways and across the fertile coastal flats of the Glenaire Valley before finally flowing into the Southern Ocean south of Hordern Vale.

Our position at the Aire River mouth was recorded using a Spot Satellite Messenger. This GPS device works anywhere on the face of the globe – it can record position very accurately. Satellites then relay the position, superimposed on a satellite photo of the area, to a ground station which in turn relays it to email and/or mobile phone contacts I have nominated in advance of using the device. I used this device regularly when I spent 7 weeks riding my motorbike around Australia in 2010, out of mobile telephone range for much of the trip.

Crested terns and silver gulls are usually found together along the west coast of Victoria (and almost right around Australia for that matter). But for reasons known only to them, they sometimes assemble exclusively with their own species….. (use the slider to see each image in full)

….and sometimes they mingle.

Closeups of the birds of a feather flocking together.

One of my favourite limestone sea stacks along the west coast of Victoria. While the occupants were not home when I took this shot, such stacks are ideal nesting sites for many seabirds including terns, gulls and the short-tailed shearwater. It’s difficult to imagine a more secure home for them. 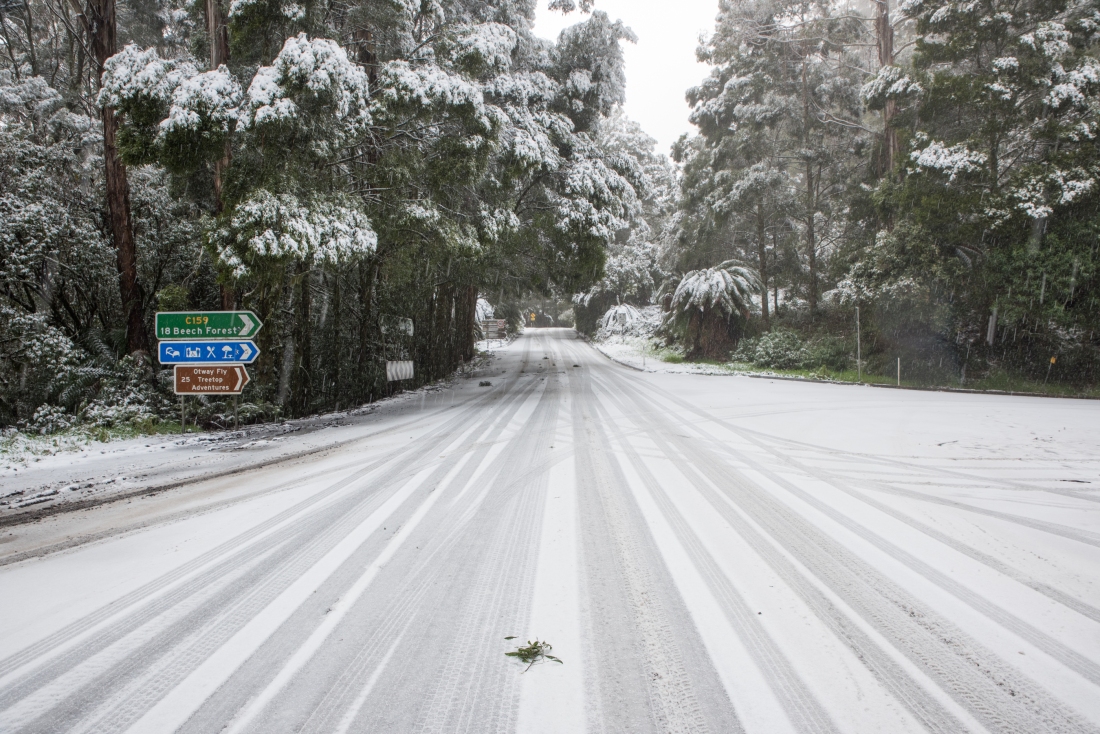 A strong cold front passed over western Victoria today, bringing gale force winds, rain and hail. It also brought snow down to low elevations. A dusting of snow on the hilltops is a once or twice a year event. Today’s snow was more than a dusting and more than I have seen in the area.

The Arctic blast from deep in the Southern Ocean brought low temperatures to much of the state. Apollo Bay had an overnight minimum temperature of 4°C and a maximum temperature today of 8°C. It was much colder in the hills in the immediate hinterland than on the coast. When I drove up towards Forrest this morning, at the Turtons Track turnoff where some of the following photos were taken, it was 1°C.

I have said it many times on these blog posts – photography is all about the light (and serendipity). 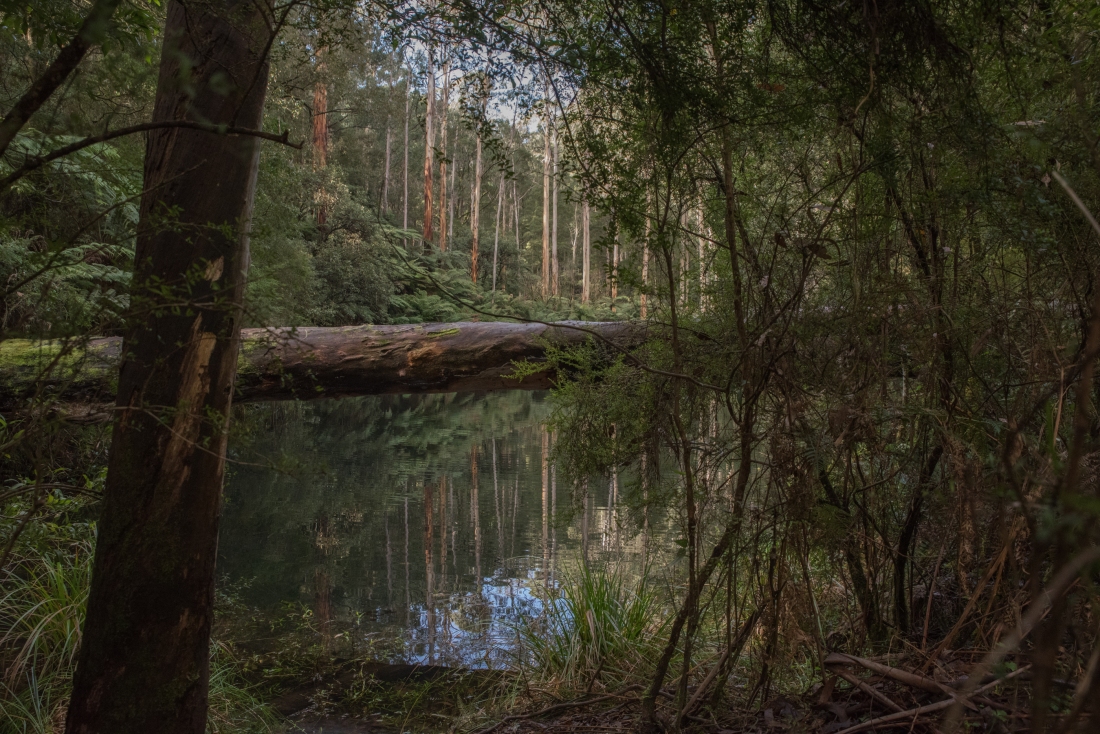 Lake Elizabeth in the Otway Ranges (Victoria, Australia) was formed in mid-winter 1952 when the East Branch of the Barwon River was blocked by a landslide. 1952 was an unseasonably wet winter. When the river stopped flowing, a search party was sent upstream and the new naturally formed dam wall and lake were discovered.

It is a place of compelling stillness, coolness and beauty. 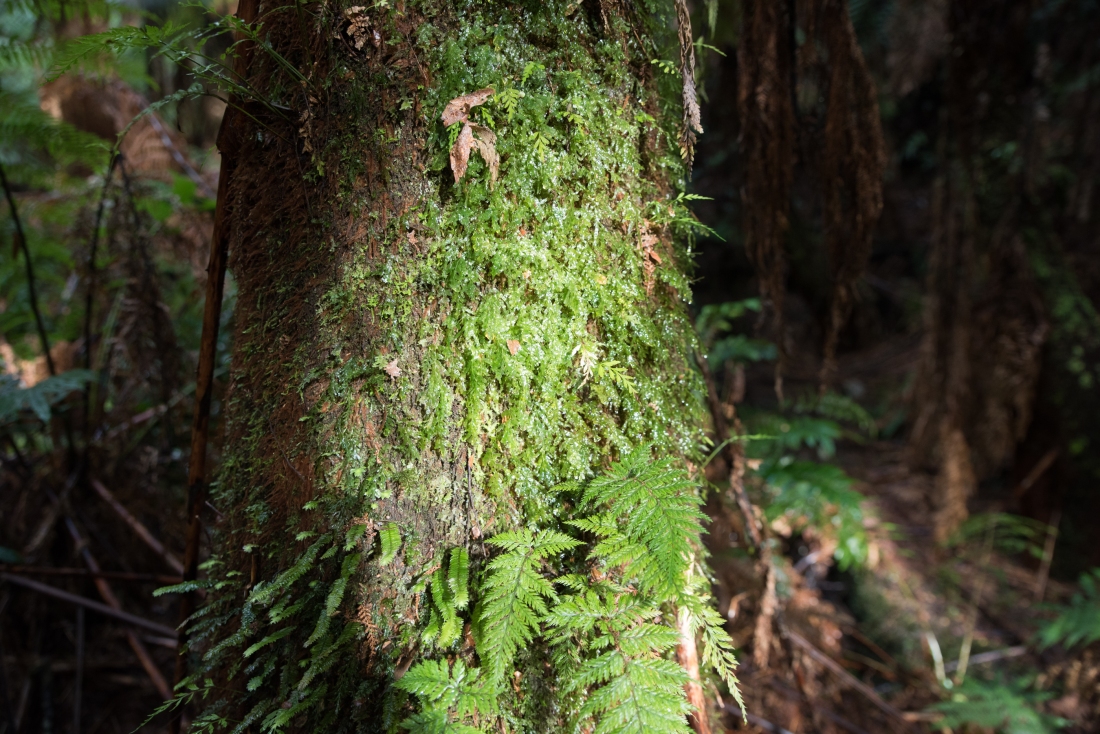 Pristine cool temperate rainforest at Maits Rest in the Otway Ranges near Apollo Bay in midwinter.