The hour before sunset is an hour of light like no other. Colours are richer, shadows are longer and darker and a soft golden glow washes over everything before switching off in an instant as the sun sets. Colour and focus quickly fade into shadowy twilight and night.

The Barham River at Apollo Bay 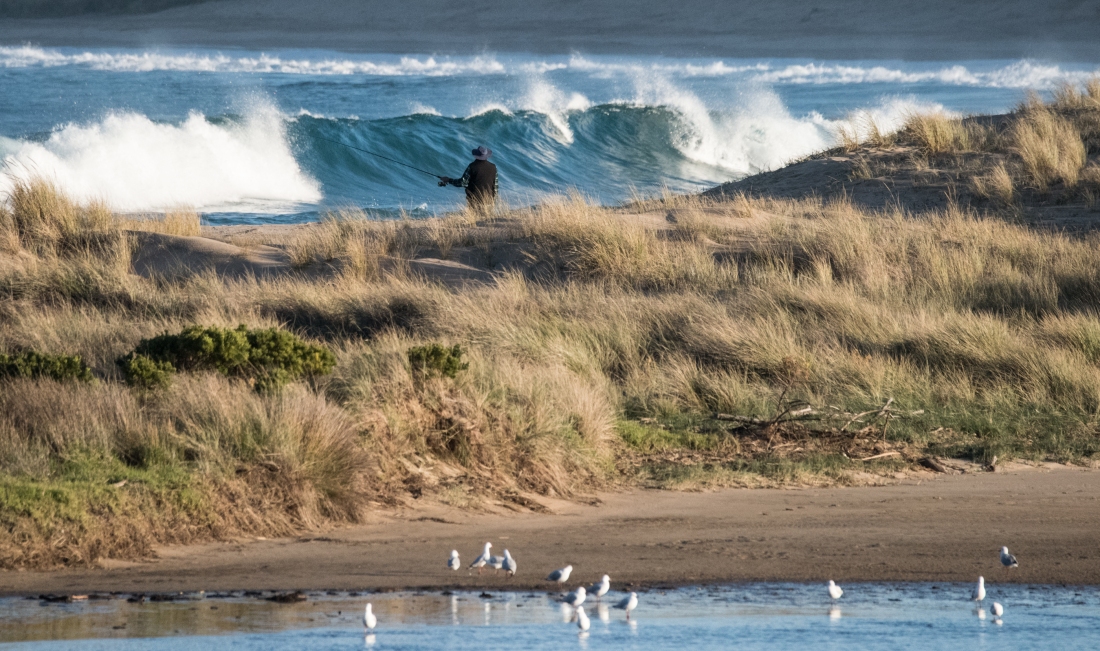 I have taken a lot of photos of seabirds in my time, but I have never seen a silver gull do what I captured this one doing. He had his eye on a fish (I assume) and instead of landing near it and floating as gulls do when they land on the water, he kept his legs fully retracted and using his wings for power motored along using his streamlined underside as a hull and apparently keeping up with his fast swimming target. This was just like a floating hull aircraft landing on water and continuing to taxi at high speed. He bobbed his beak into the water a couple of times while speeding along the surface under wing power, with visions I think of grabbing the fish he was chasing. But it was not to be this time.

Taking advantage of ‘ground effect’ for low and slow flight

When a bird or an aeroplane flies within half a wingspan or so of the ground, the air flow over and under the wings is affected by the proximity to the ground such that drag is reduced. This is called ground effect. All pilots and birds know about it and use it to their advantage, but birds use it better and with far greater finesse. A bird flying in ground effect is using less energy than if it was flying higher. 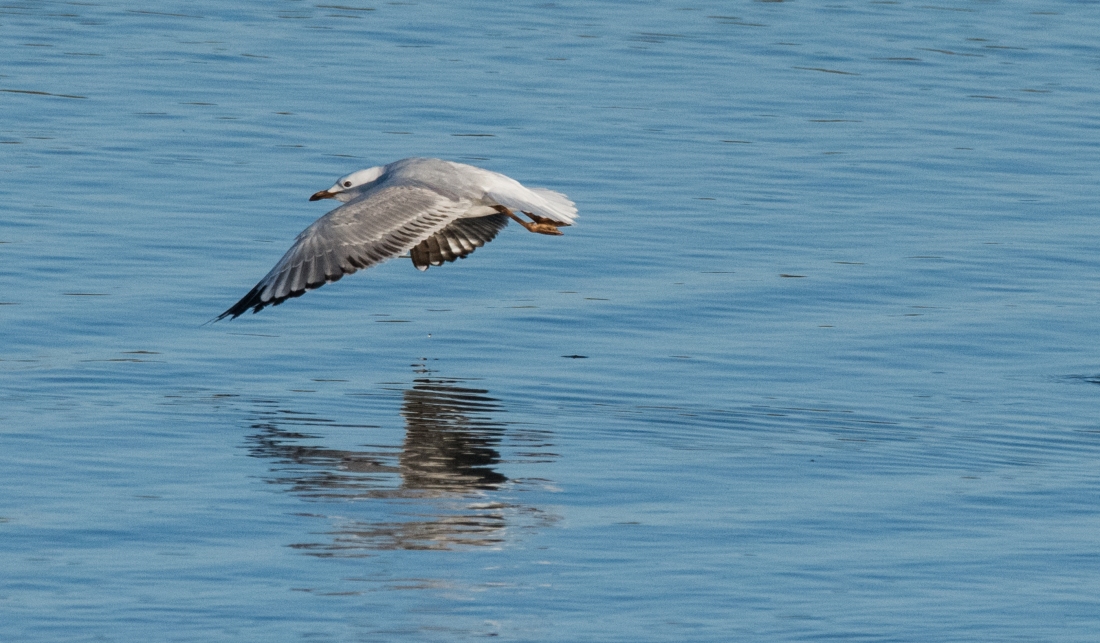 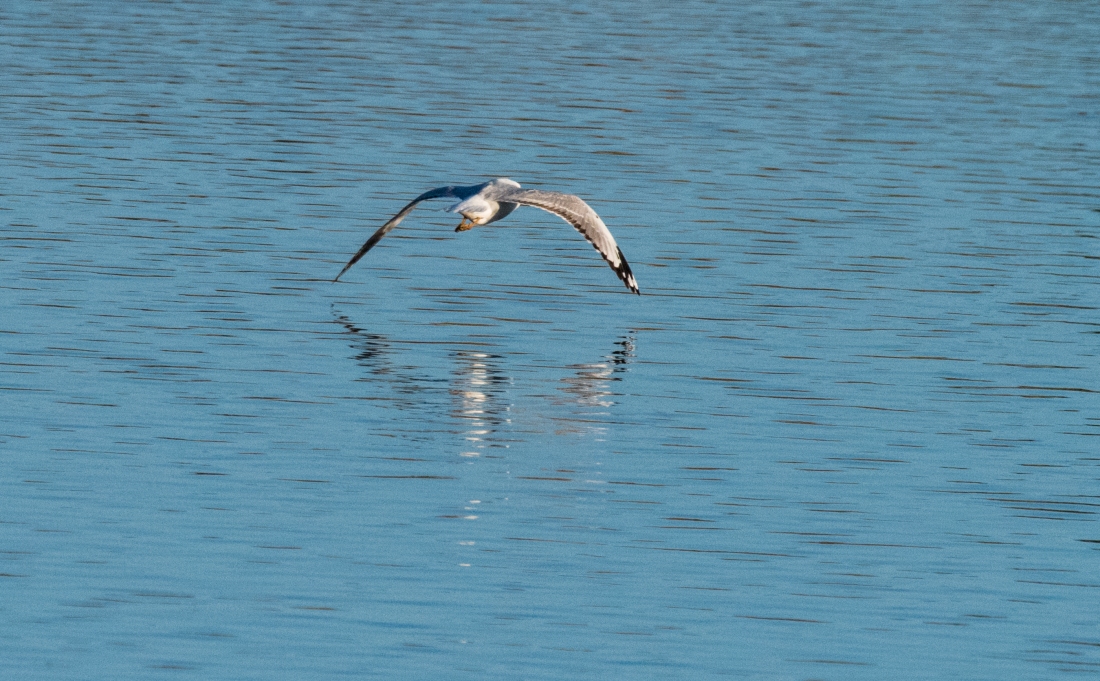 The birds were in such close proximity to each other immediately after takeoff that it was remarkable to me that there were no collisions or near misses requiring evasive aerobatic manoeuvres. It was somehow all under control, despite how it looks. 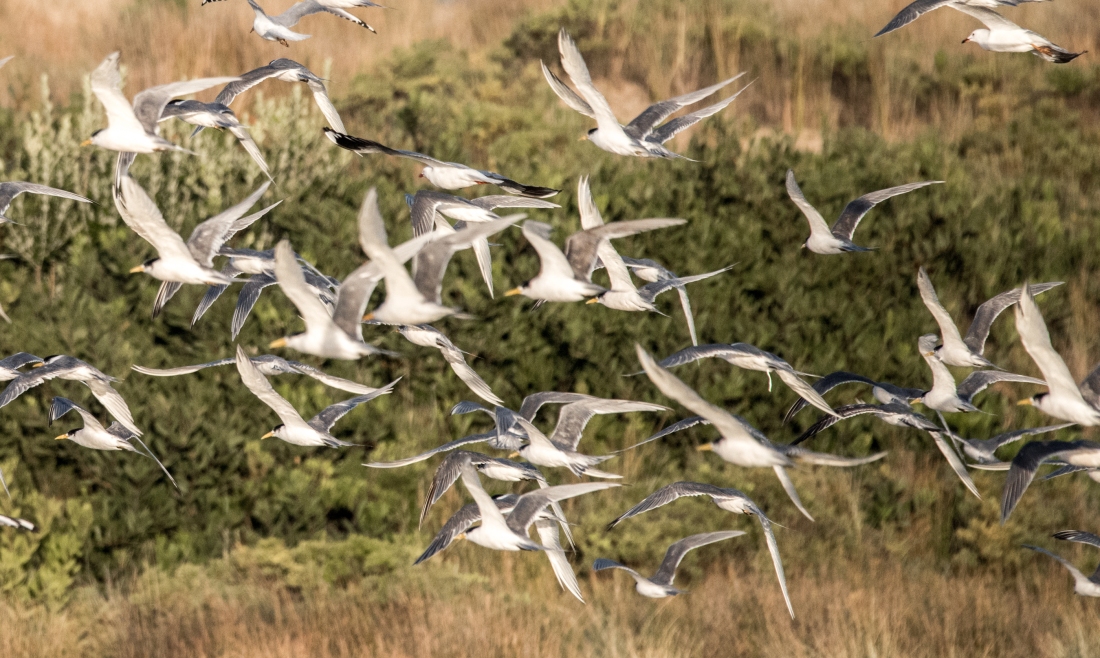 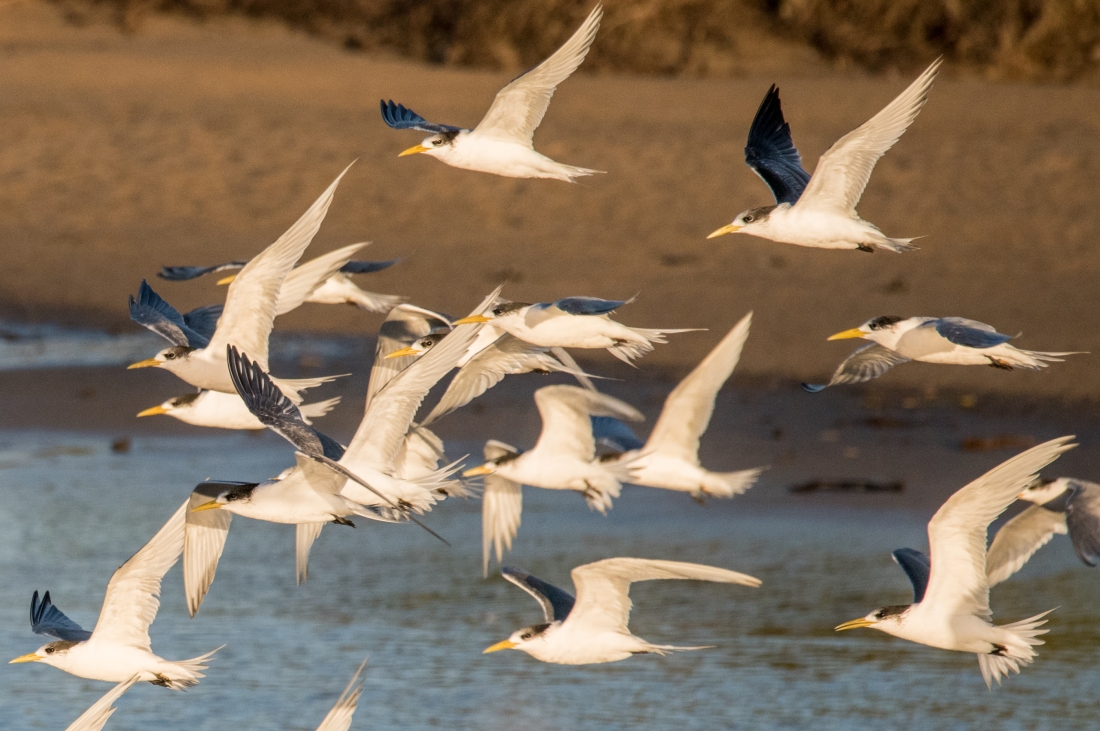 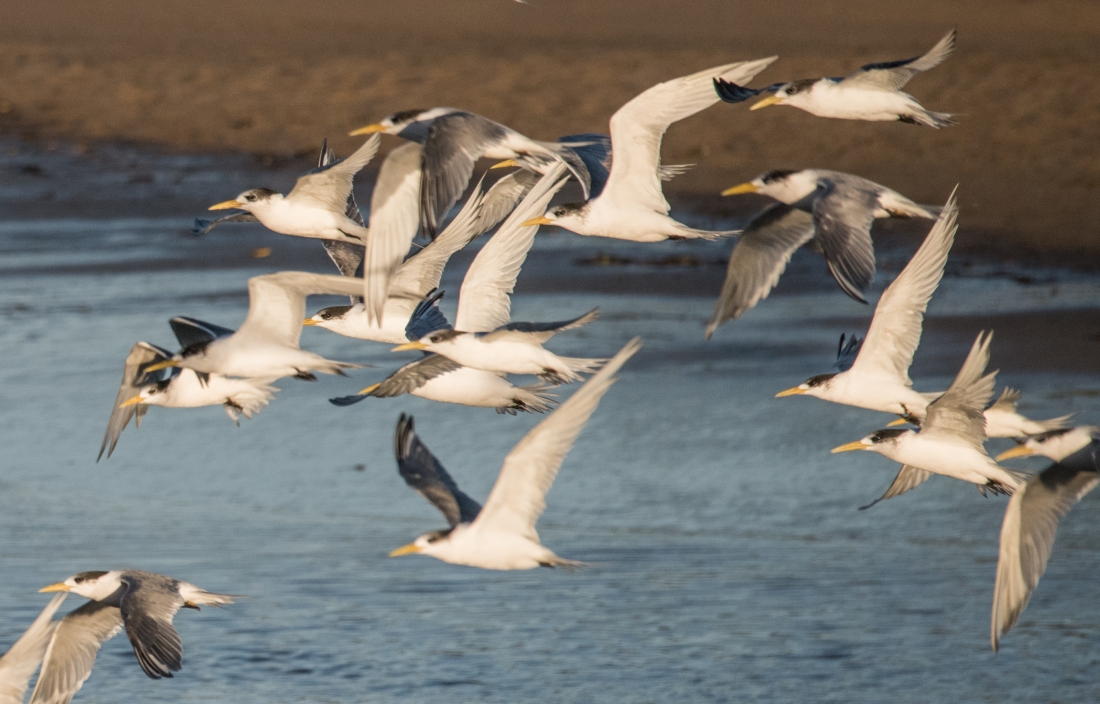 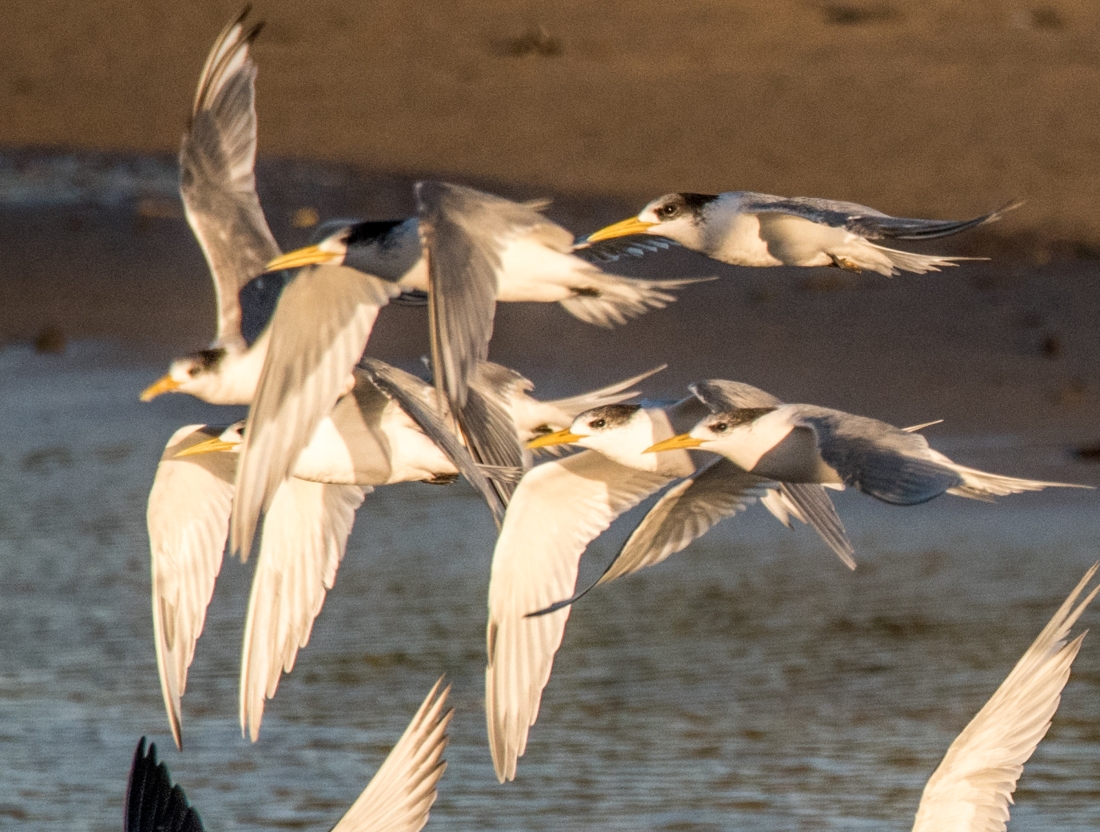 Crested terns in the golden glow of the setting sun 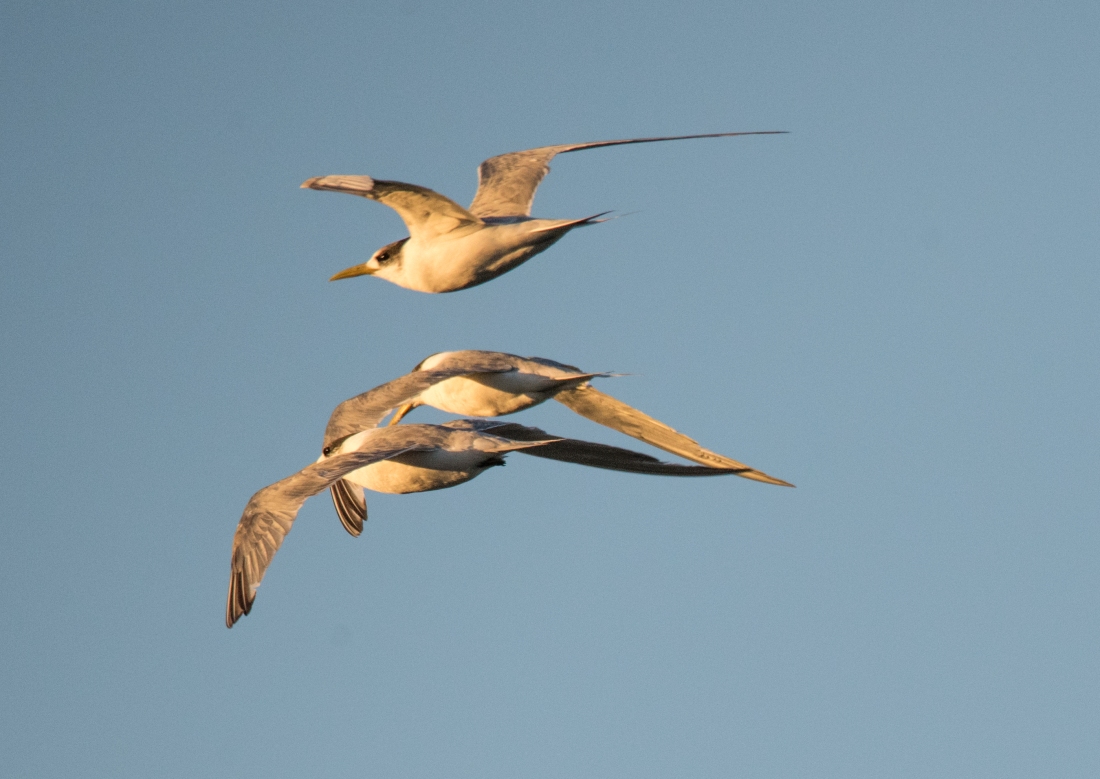 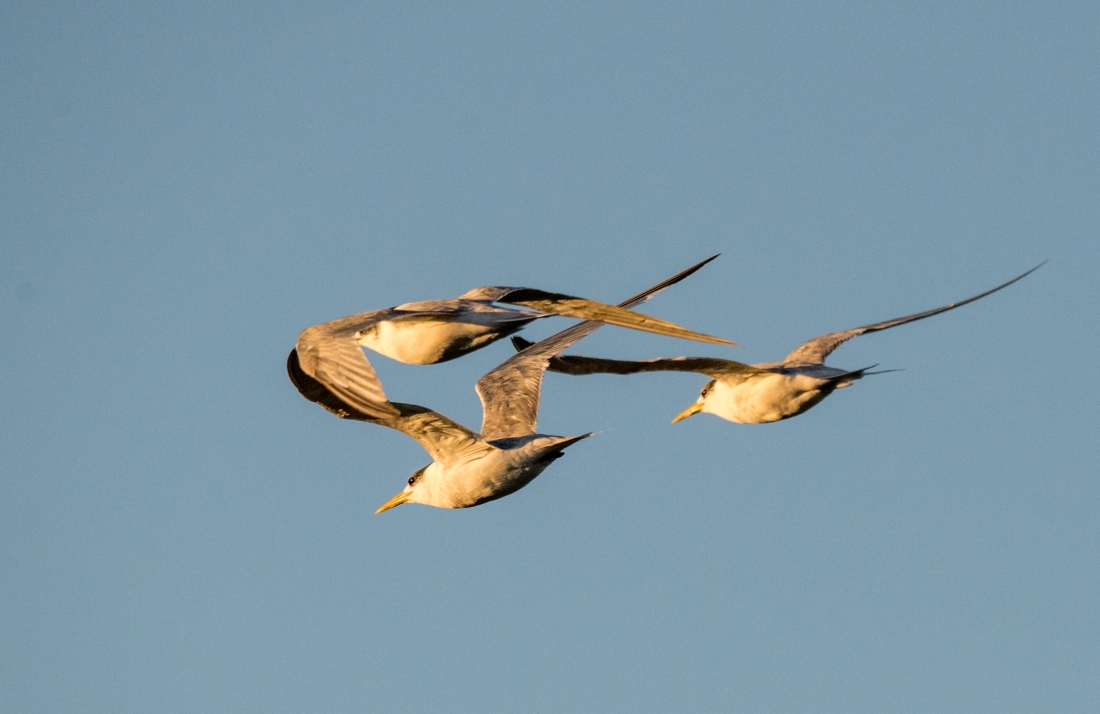 Crested terns in the last of the sunlight 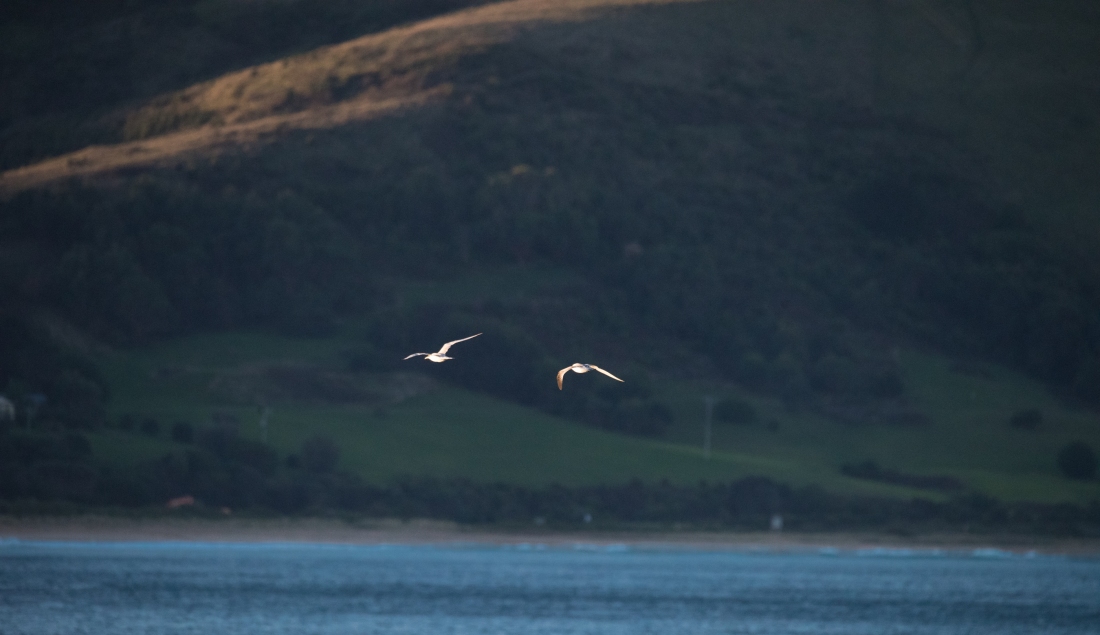 2 thoughts on “Golden Hour on the Barham River”