Between the south coast of Australia and Antarctica there is nothing but increasingly cold and wild ocean. The Otway Ranges on the west coast of Victoria are home to areas of untouched and unspoilt cool temperate rainforest. Moist winds from the oceans to the south create high rainfall on the southern fall of these ranges, which is where this unique and ancient plant community flourishes.

On a wet and cold Sunday morning recently Liz and I walked deep into the cool temperate rainforest, located about a 40 minute drive from Apollo Bay, where I took some photos. 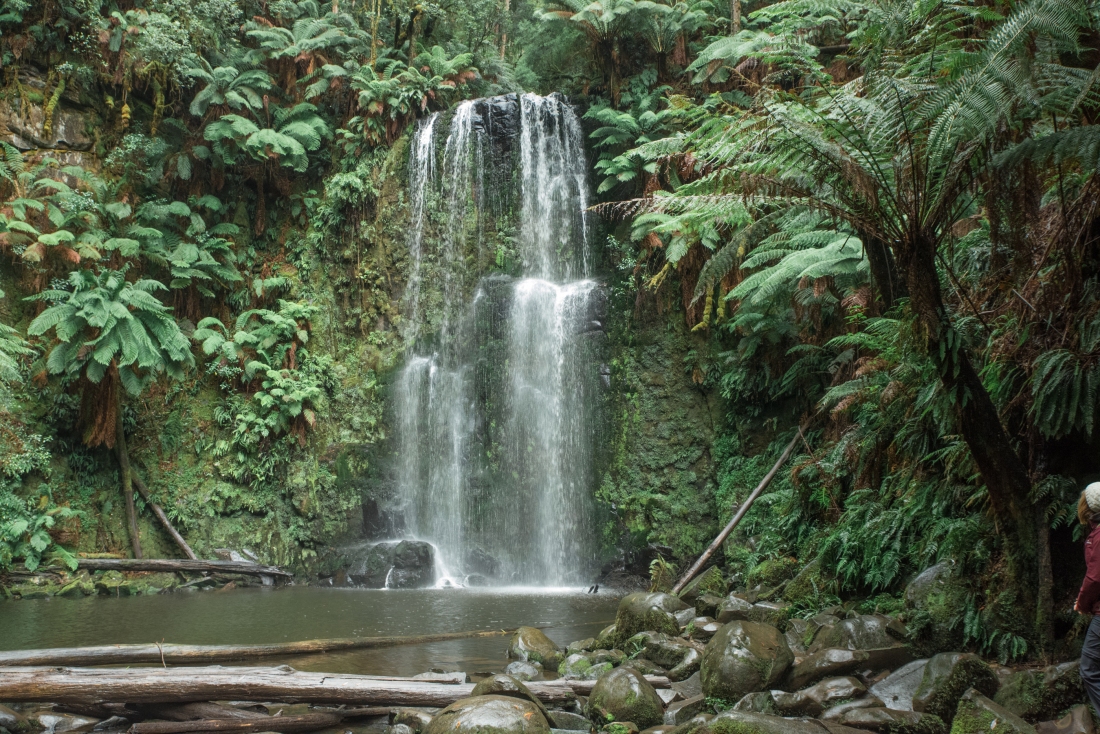 The photo above was taken with a fast enough shutter speed (1/1600 of a second) to arrest some of the motion of the falling water. Individual drops and streams of water can be seen.

The photo below was taken using a 10 stop neutral density filter. The filter is basically dark glass which fits over the camera lens, requiring  a lot longer exposure time to capture the image.  The camera must be on a tripod, and ideally the shutter should be released by a cable release to avoid moving the camera and blurring the image. I didn’t have my cable release with on this day, and some minor loss of sharpness resulted. The long exposure made possible by the filter smooths out the moving water creating an altogether different impression of that component of the image.