The ever elegant egret was the subject of a post on this blog in August last year.  I have long wanted to see and photograph this bird displaying its breeding plumage, which until yesterday evening I had only ever seen in photos. The mud flats and tidal shallows near the mouth of the Barham River play host to many species of birds especially around dusk.

So as the breeding season for this egret is October to December, yesterday evening I walked slowly along the banks of the river when the sun was an hour or thereabouts above the horizon, hoping the egret might make an appearance. Golden evening light alternated with duller light as occasional low clouds west drifted through the area. As it turned out, I was rewarded with the arrival of this solitary eastern great egret. For an hour or so, he walked up and down his side of the river, and I walked up and down mine. We kept a close eye on each other. From previous experience I know that a river width is about as close as this bird will let me approach without taking off. It was a most enjoyable hour.

But as usual when I’m on a mission armed with a camera and with a particular subject in mind, serendipity threw irresistible distractions across my path. The first was this new holland honeyeater, which momentarily alighted on a solitary fragile looking reed waving in the wind.

The next five photos are a sequence showing the bird doing a hover-like vertical takeoff. It took some creative and very energetic wing movements before it was safely airborne, with the landing gear retracted, and the head in a streamlined position directly in front of the body. 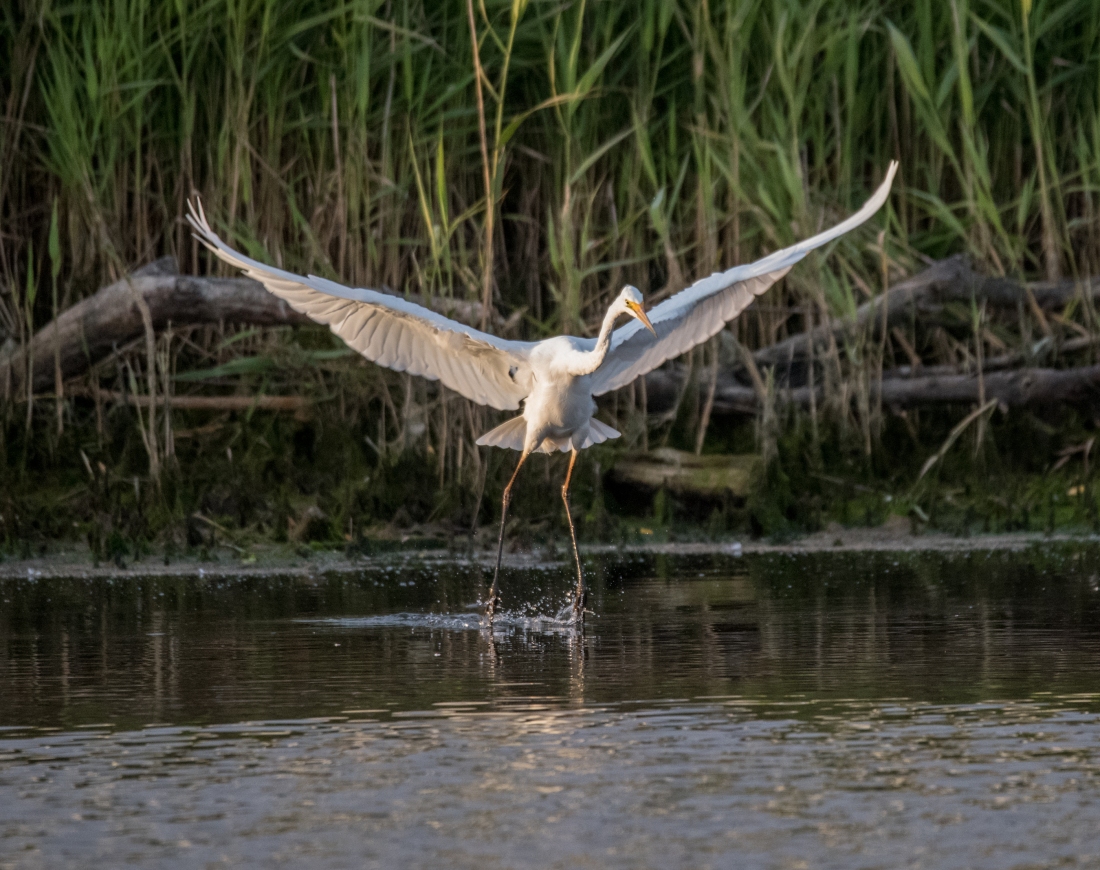 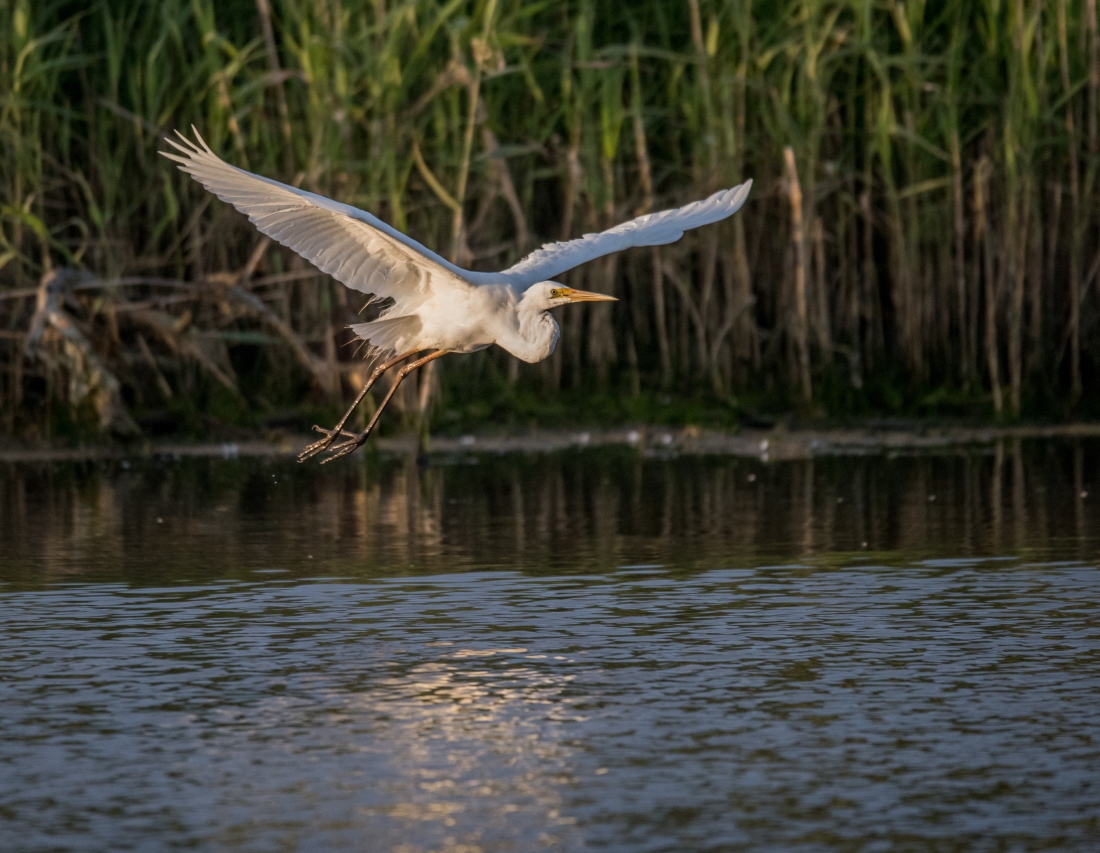 Three photo sequence below. This bird just kept striking beautiful poses. The lush banks of bullrushes and the foliage behind them provided protection from the wind. Good for egret fishing, and for photos. 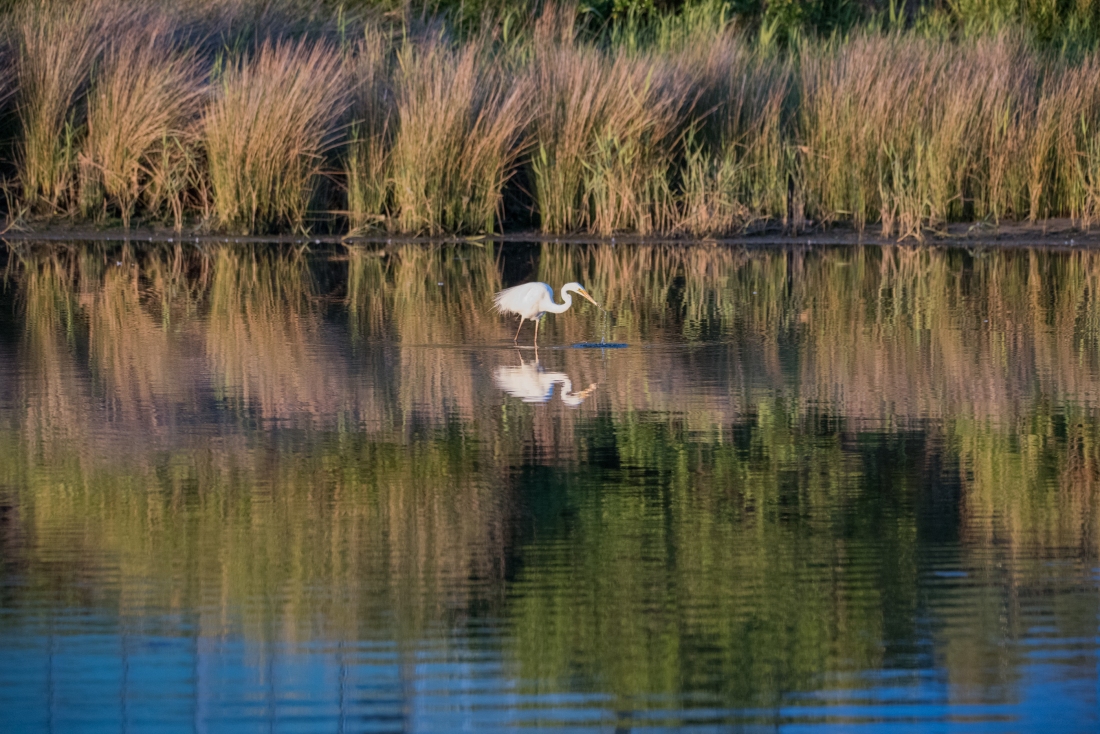 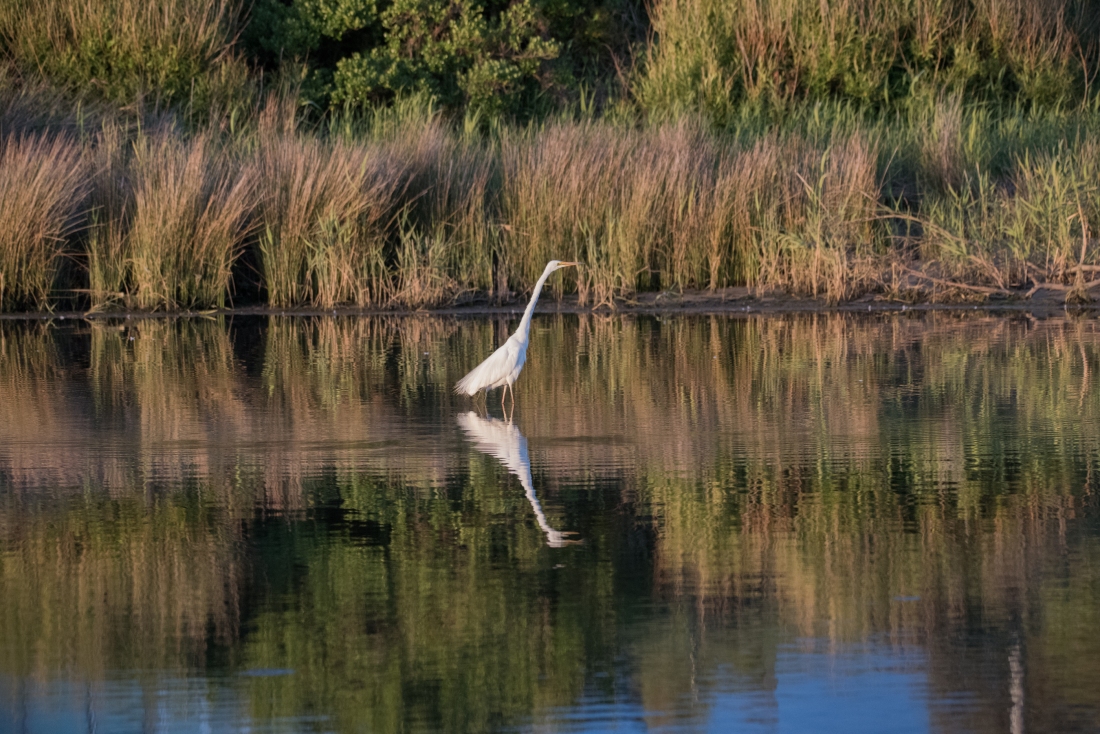 Four image sequence of the egret feeding on edge of the water near the mud flats. Beyond the mud flats was the banks were crowded with lush green foliage, visible in these photos only as reflections in the water.

A most enjoyable hour.

When not being the star of the sunset feeding rituals performance as shown above, this egret lives just  a few hundred metres upstream, on a quiet corner of the Barham River away from the public and paparazzi (well, most of them anyway). The extras also retreat to this spot.

4 thoughts on “An Hour with an Egret”