As always, the southern right whales came in peace.

They, and other whale species, migrate from Antarctic waters to Australian waters in the winter months. When they make an appearance in the waters of Apollo Bay news of their presence moves through the community like a gentle current through the sea. It doesn’t take long before beach walkers are outnumbered by a handful of locals standing silently absorbed in the spectacle of these majestic marine giants, with whom for a short time at least, there exists the common bond of selection of Apollo Bay as the place to be.

On the day of the winter solstice 2018, it was the simple wonder of being in close proximity to these majestic giants that captivated me. A couple of mature southern right whales spent the afternoon just offshore at the location of the surf break the locals call 289.  They appeared to alternate between feeding for short periods, and cruising slowly up and down parallel to the shore. There was no swell or wind, the sky and the sea were beautifully blue, and there was a line of cumulus clouds on the horizon providing the perfect backdrop.  The peaceful presence of these whales somehow matched the mood of the sea and the weather.  At first I had hoped to see some breaching and diving. But as it turned out, I wouldn’t change a thing about this tranquil encounter.

There are many remarkable and fascinating facts about whales.  Google them.  The brief captions below do not extend beyond a few of my observations and thoughts during the couple of hours I sat in the sun’s warmth on a large piece of driftwood near the high water mark, feeling privileged to have a semi-private audience with this pair of wild southern right whales.

I had no idea when I took the first of the next four images that there would be four, or that any multiple images would result in the neat choreography of the fin display shown. The sequence was like a grand, slow-motion artistic gesture – a performance finale perhaps.

The following images show two whales swimming in close proximity, one with a pectoral fin in the air, and the other with a tail fluke visible above the water. 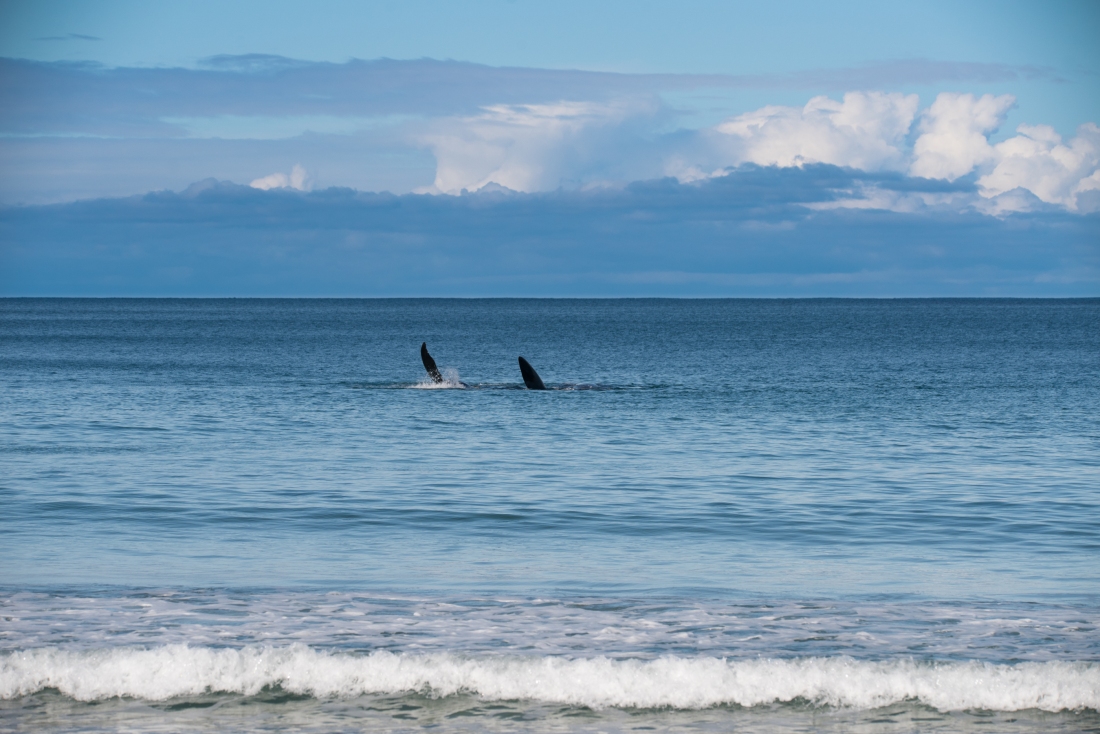 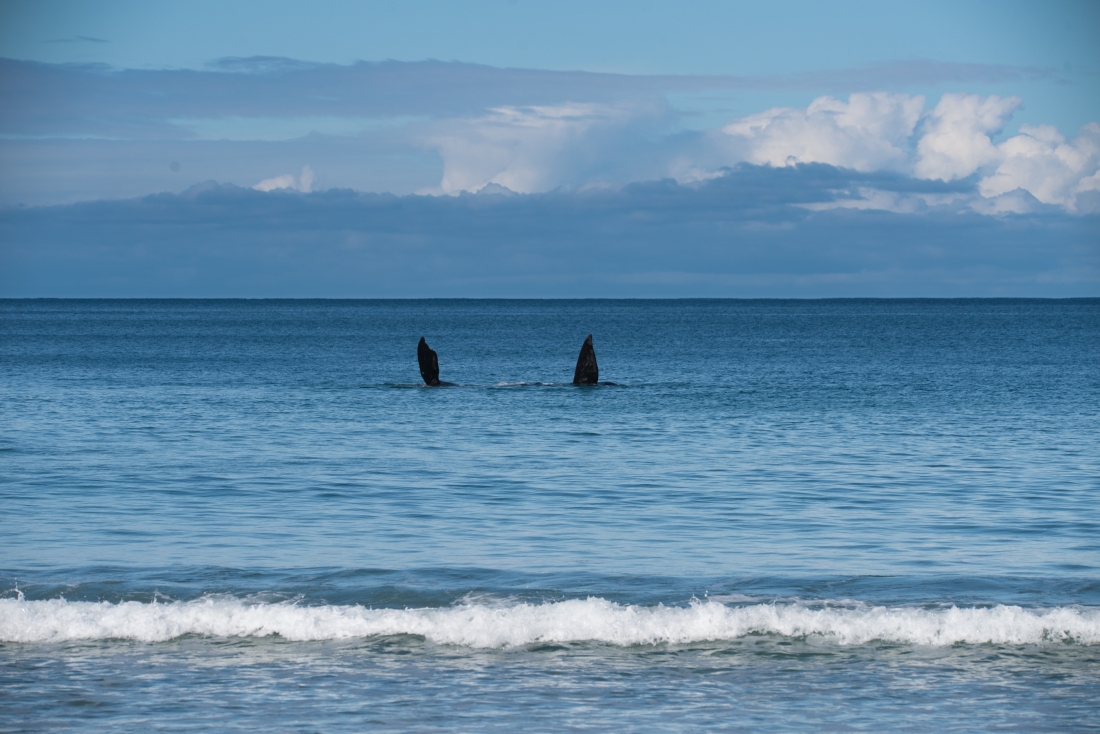